Last week we spent a week in Sofia, Bulgaria, and set up an office in Nu Boyana Film Studios so we could work while we were there. There were 4 of us on the trip – me, Amy, Elisa and Tam.
On Thursday, Friday, Monday and Tuesday we worked full days; other than that we did all sorts of fun and team building things.

Bulgaria is amazing – but people don’t realise it

I love visiting Sofia. I call it “The Emerald City” – as it has so much to offer!
We have a driver while there to take us around (thank you Sashko and Vlad!), groceries and food are super affordable, we stay at a hotel with the hugest rooms ever, each had our own room (with a bath and a shower!) the food is AMAZING, and we got massages at the hotel.
Our connection with Bulgaria is a long story, to do with my family’s business.
Short version: 16 years ago my father’s film company invested in a film studio, and now it’s run by my brother Yariv.
They have made hundreds of movies there, and they do everything from “script to screen”. Sets include New York, London, Middle East, and ancient Rome, and there are around 417 people working there in Bulgaria. They also have a state of the art sound studio, a cinema, and housed within the Nu Boyana studios is another whole company (around 187 people) that specialises in special effects for film.
Upon arrival, we had a huge Thanksgiving dinner with a couple of hundred people from the studio, and a great first night experience.  None of the team had really experienced a proper Thanksgiving dinner before, and we were all completely full of food and wine afterwards!
While there, we stayed at the Grand Hotel Sofia, ate, shopped, toured, walked, worked, spent time with actors who were there filming, saw snow, saw cats, spent time with various people in my family who were also there, met my brother’s new puppy “De Niro”, drank wine, and bonded.

We asked the TLD team to share their highlights from the trip, and top of the list for Tamlyn, Elisa and Amy was the unexpected snow we had there! Amy lives in Cape Town, South Africa and doesn’t get to experience it very often, and as it doesn’t snow too much in the UK, it was a magical experience for all of us!
Tamlyn and Elisa also loved walking around the film sets and seeing them in real life. We did a couple of set visits – they’re filming a movie there called “Unchained” and we watched Antonio Banderas run through a powerful monologue! Dinner with John Malkovich was of course a highlight for us all too – he is wise and entertaining.
The whole TLD team was very appreciative of the bonding time we had on this trip.  With Amy normally working remotely we treasure our opportunities catch up and spend a lot of time together. We had busy days and relaxing evenings, and it was made more fun by sharing it with the team. I’ve been to Bulgaria many times before and had the Emerald City experience, and I felt so proud to be able to share it with the team!
Until next time, Bulgaria! 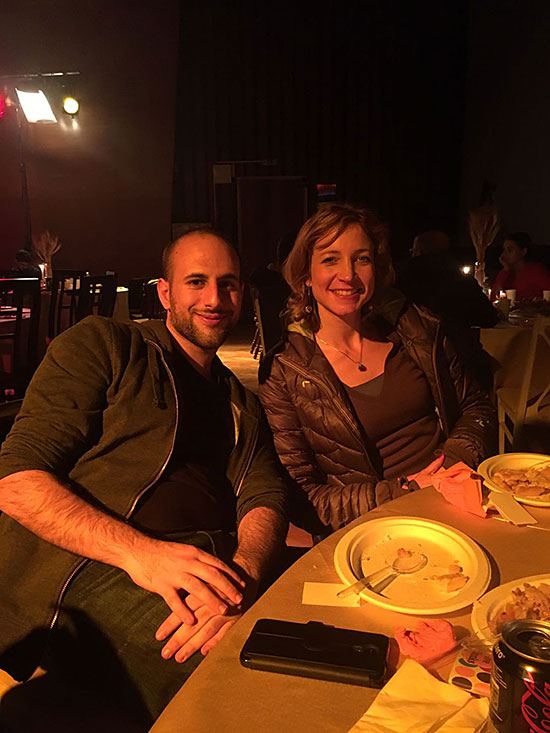 Keren’s cousin Ben with Keren at the Thanksgiving dinner 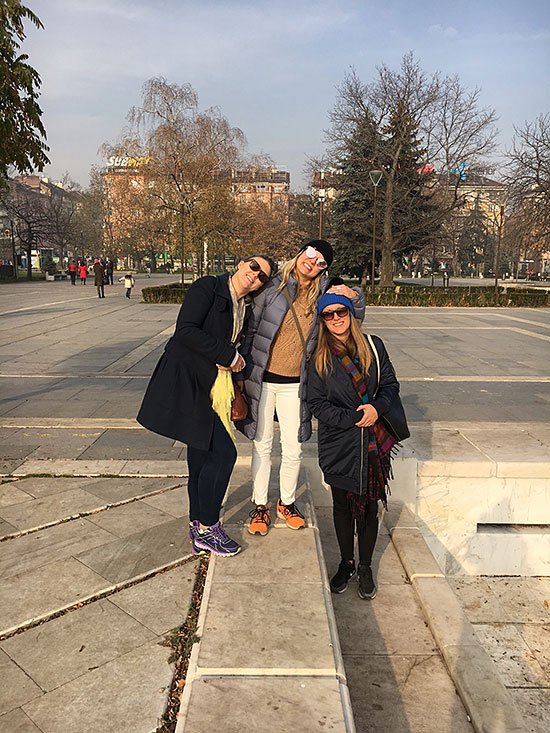 Tam, Amy and Elisa in Sofia 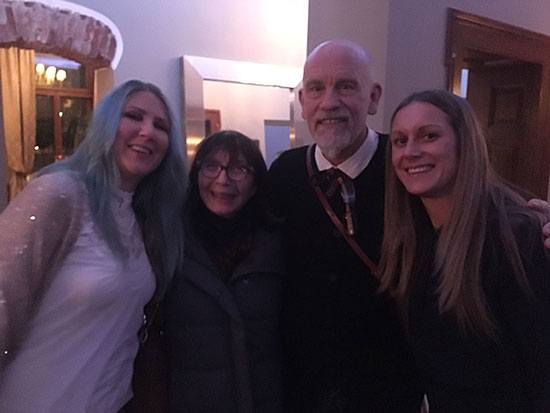 Tam, Daphne, John and Elisa after dinner in Sofia 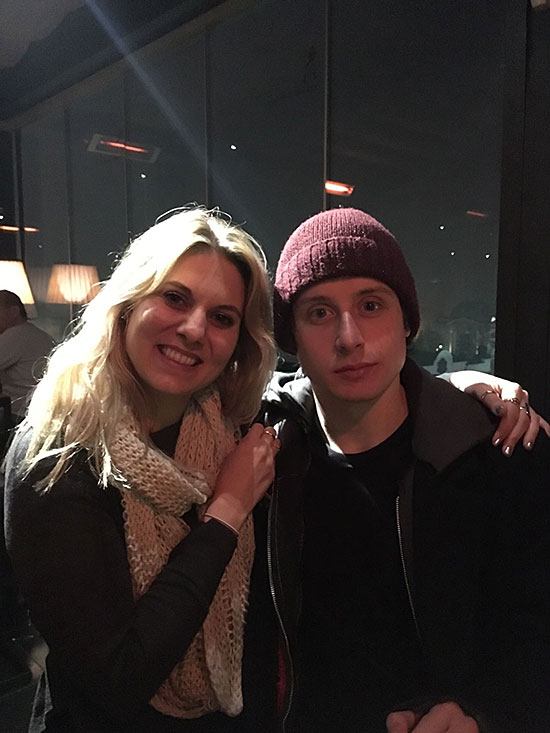 TLD in Bulgaria – Amy and Rory 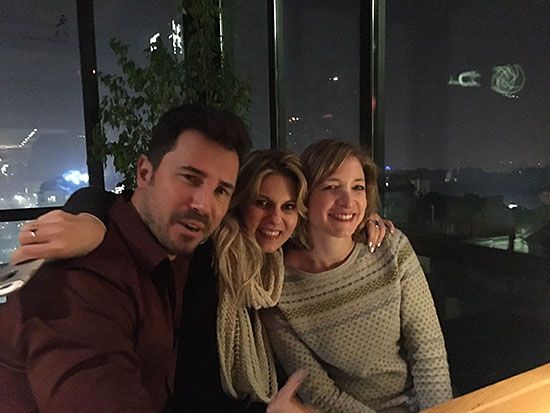 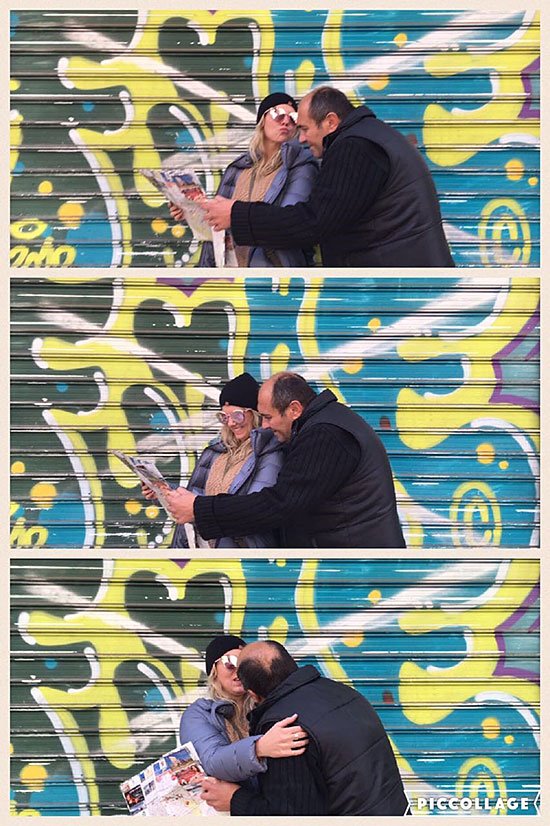 Posing in front of cool graffiti, Amy and random stranger who popped into frame, it was funny at first and he then tried to kiss Amy so we walked away in haste! 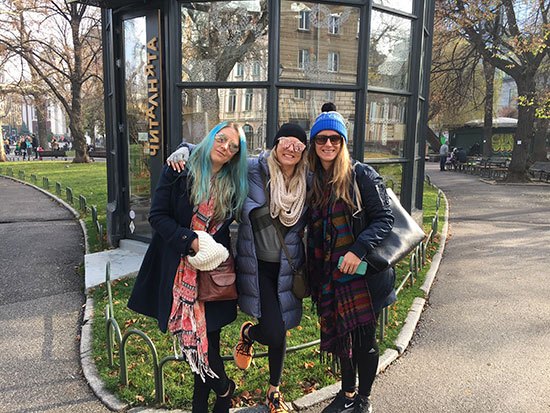 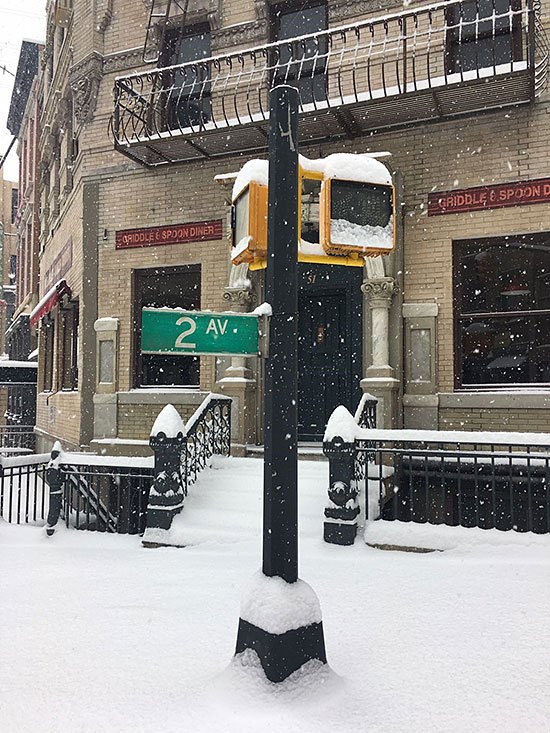 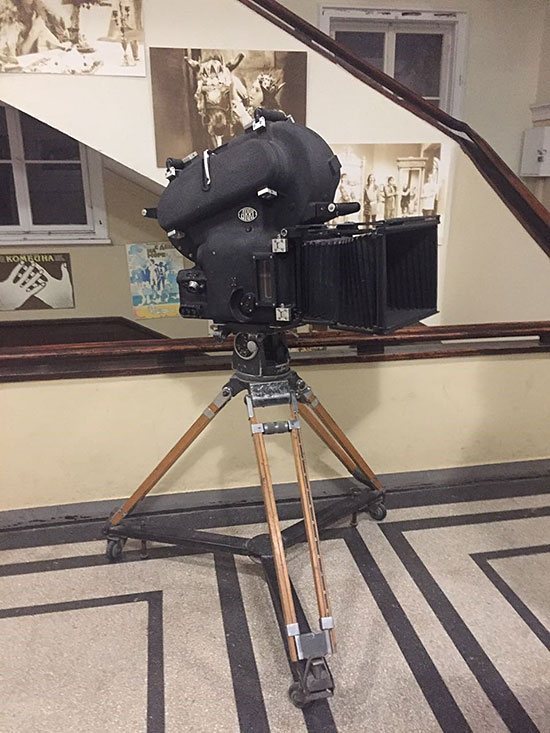 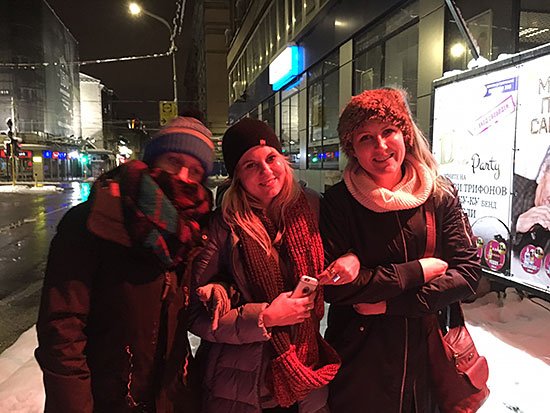 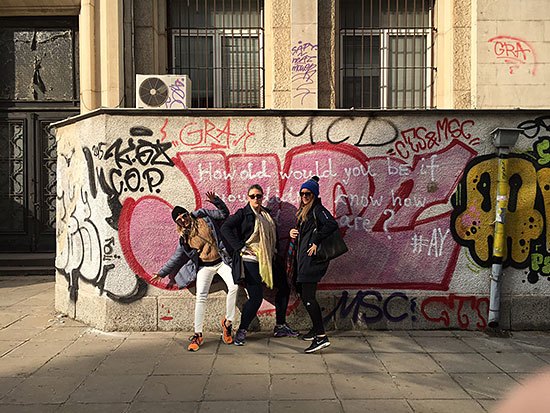 Amy, Tam and Elisa in Sofia 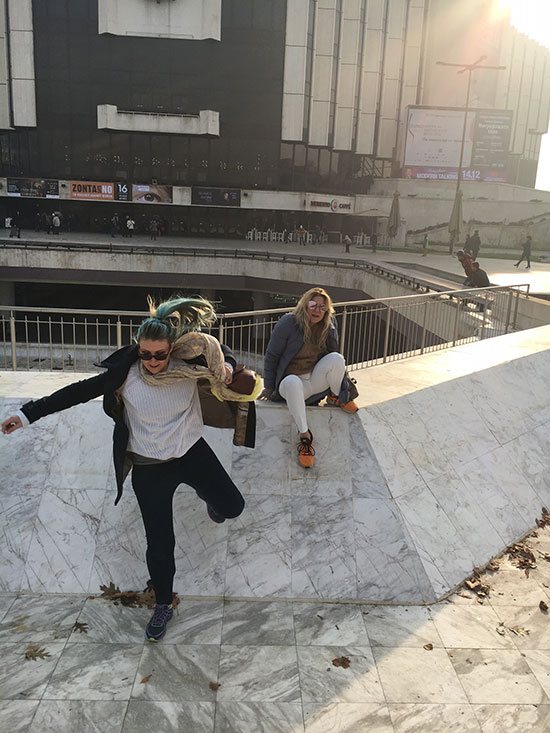 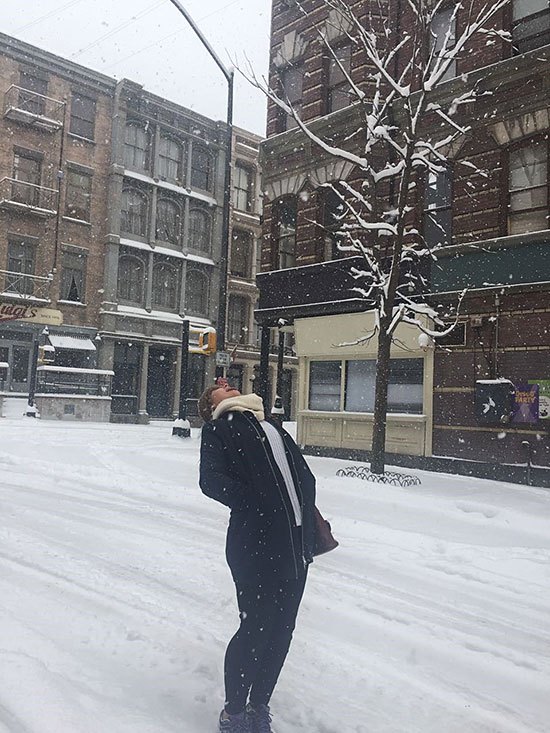 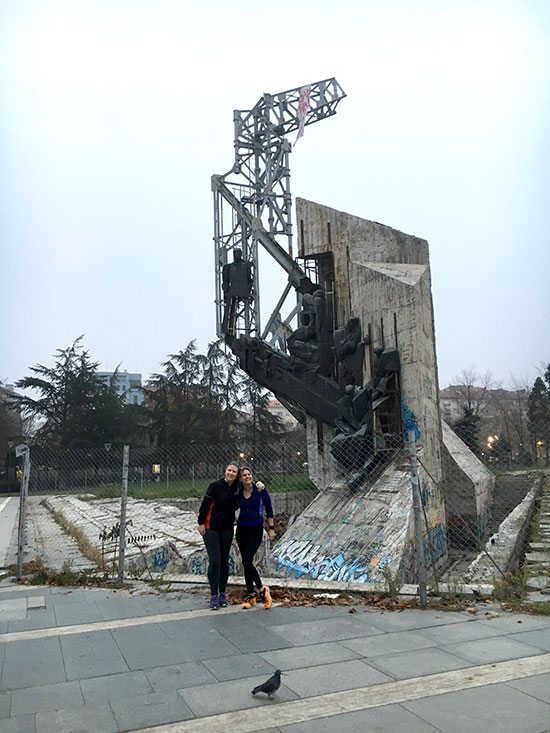 TLD in Bulgaria – Tam and Amy when we went running 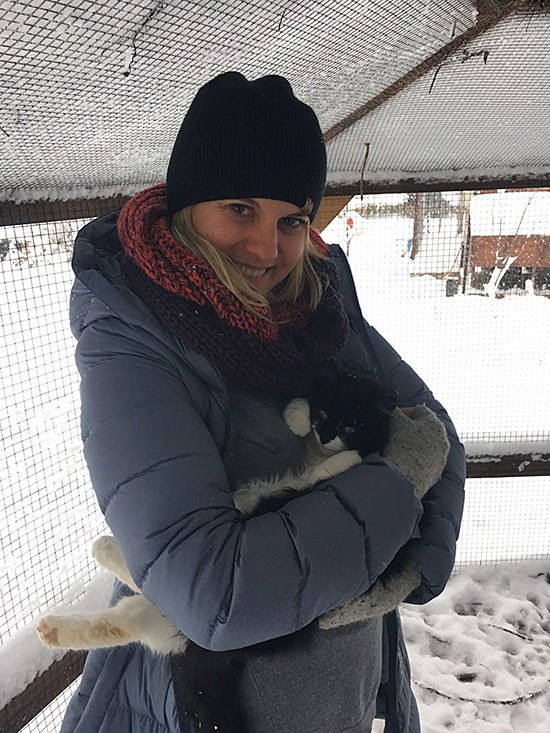 Amy and one of the cats from the studio 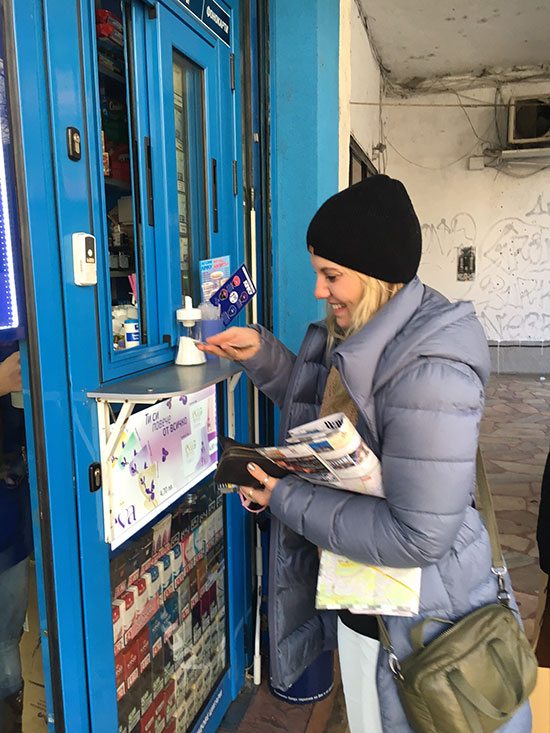 Amy at the “hole in the wall”