The amazing story of this project starts with Nu Image, a California-based production studio (founded 1992) owned by my dad, Avi Lerner, his brother (my uncle) Danny Lerner, Trevor Short and Danny Dimbort.
Most of the films produced by Nu Image and the sister company Millenium Films are action movies, such as Rambo IV, The Expendables and Olympus Has Fallen.
Nu Image had already produced more than 60 full feature films in Bulgaria before they bought the Boyana Film Studio in 2005 and renamed it Nu Boyana.
Located in Sofia, Bulgaria, Nu Boyana Film Studios is today among the biggest European film studios. From New York streets to Greek Village or American Villas and more recently to the new Roman Coliseum, Nu Boyana has many great sets to shoot awesome action movies!
But only recently have they come to realise the importance of having a professional website. Currently NuBoyana Studios are going through an entire rebranding of the company and we started with the website. You may think this is unorthodox – as a rebrand usually precedes the website – but we are very flexible and the new website site launch was a priority.
Check out NuBoyana site here 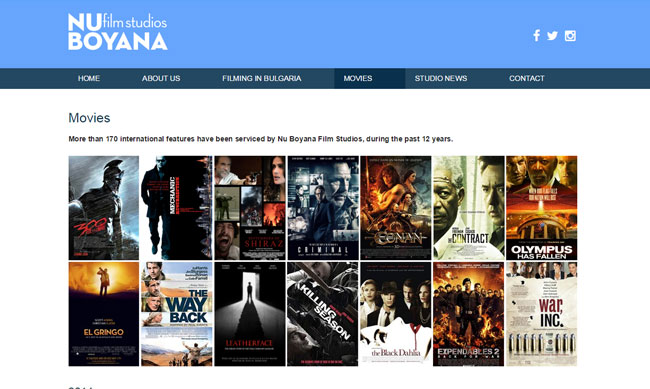 The new site is a full WordPress responsive site. 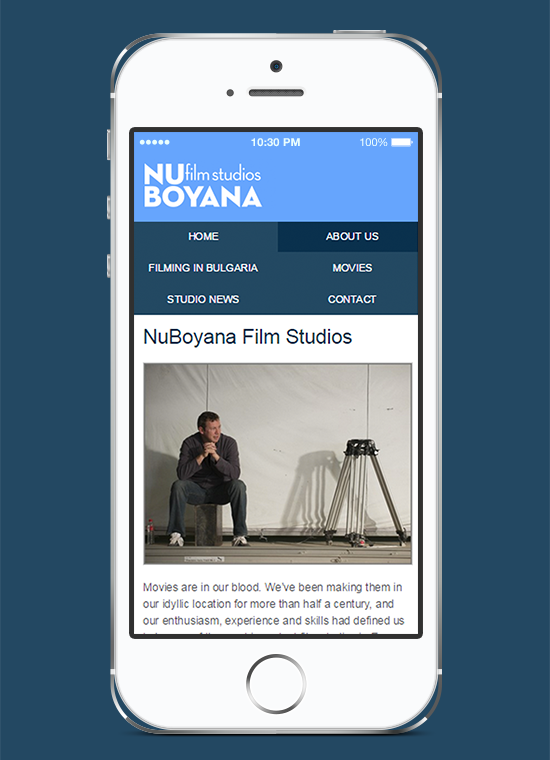 JP (technical director) and Amy (senior designer) were instrumental in putting this site and they were helped by my brother Yariv, who gave us a lot of information on this project.
Yariv has first hand experience – he spends a lot of time at the studio on the film sets, and even filmed his own yoga productions The Ultimate Yogi and Yoga Warrior 365. 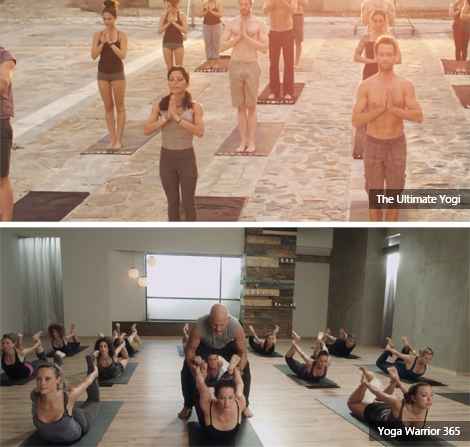 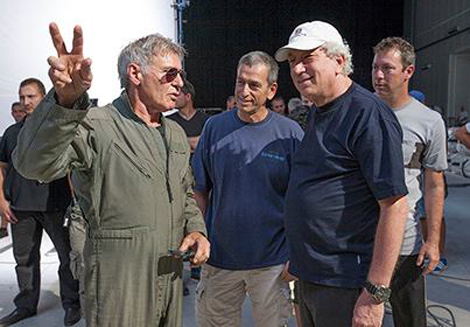 We also hired a copywriter, Dave Oliver, the owner of Farsight Media, he helped us to write and edit all the content of the website.
The new website is built in WordPress, our favourite CMS, which allows for full flexibility so pages and posts can be easily added, editer or deleted.
For Nu Boyana Studio, it’s not a closed book, best is yet to come!
‘We have a ton of information to still add to it but having a WordPress integrated website is an important part of this because it allows us the flexibility to move forward. I enjoy witnessing the work that Keren and her team at Top Left Design have done and am really looking forward to seeing it progress.’
Yariv
Here you can enjoy the Nu Boyana Studio news. Recently, they just complete The Expendables 3, take a look at the teaser with this crazy casting!