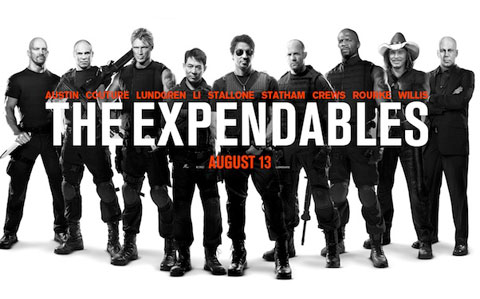 On the 9th of August, the Top Left Design team (and guests, but sadly minus Amy) were privileged enough to attend the red carpet Premiere of the new Blockbuster film “The Expendables“, starring Sylvester Stallone, Jason Statham, Jet Li, Dolph Lundgren, Mickey Rourke, Bruce Willis, Arnold Schwarzenegger, and the voice of Justin Bieber. Ok well maybe not that last one, but pretty much every big action movie star of the last 20 years!

How you might ask? Well Keren’s (@topleftdesign’s) father just happens to be Avi Lerner, Producer of the movie. He has also produced such Hollywood hits as Rambo IV (Stallone), Righteous Kill (Pacino / De Niro), and The Black Dahlia (Hartnett / Johansson).

Team TLD walked the red carpet into the Odeon, Leicester Square, getting “papped” along the way (didn’t stop to do autographs) – and were seated amongst the rich and famous in the prestigious cinema.

The film itself does exactly what it says on the tin – it truly is The Most Awesome Action Cast Ever Assembled… and it has more guns, fights, gunfights, explosions and general mayhem than any other film I’ve seen. Don’t expect any twist-endings or crazy sub-plots from this flick – there’s no time to fit any of that inbetween the 100 mins of start-to-finish action. I even saw Jason Statham clean kick some poor bloke’s head off in this film.

Luckily he was much more well-mannered at the after-party, held in the Planet Hollywood in Haymarket. Much to my disbelief, we were ushered into the VIP section, which was packed to the brim with familiar faces. Some were hard to put a name to (the open bar may have had a part to play), and at one point I had to ask who tough-man actor Craig Fairbrass was… To his face.. Maybe one of the most uncomfortable and scary moments of my life! 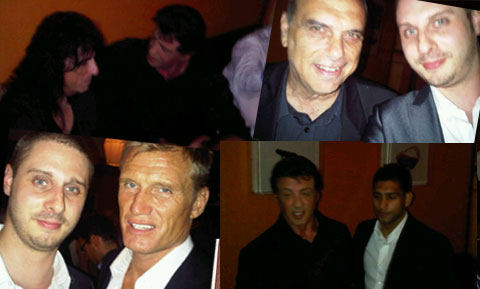 Though my celebrity approaching adventures weren’t completely un-fruitful, I managed to get a picture with Dolph Lundgren (Ivan Drago from Rocky IV), Avram Grant (ex-Chelsea FC Manager), and that weird guy from Bo Selecta’. I even got a picture of Tina and Tamlyn with Jason Statham! 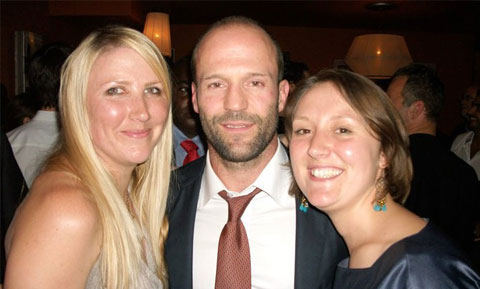 Stallone hung out in the corner eating a pizza with Alice Cooper, which was rather surreal. Boxers Amir Khan and David Haye are much more imposing in real life, especially when you have to tap them on the shoulder to get past. Also, Jordan wears too much perfume for my liking (and apparently the liking of the VIP bouncers also).

Tamlyn didn’t waste any time in networking, and managed to wrangle us an invite to the after-after party in Cirque du Soir members club, with Statham and Amir Khan. Which was where I met the manager of the band Kasabian. I think. Open bar, like I said.

Needless to say, it was an amazing night, and judging by my headache the next day, I have no idea how the cast and crew managed to fly to Las Vegas for the following premiere.

They truly are The Most Awesome Action Cast Ever Assembled…