At Top Left Design health is very important to everyone. Most TLD team members are doing physical workouts on a regular base. As everybody is very creative as well, the team often comes up with little workout breaks -like jumping jack challenges!

When it comes to food, Keren sets an example by avoiding naughty sweets and by buying healthy products (even little treats for the team are high quality products with natural ingredients as far as possible).

Luckily, the office has a kitchen that is regularly used to prepare lunch. Often, you’ll see Chris preparing green salads and yummy sandwiches and Aric loves his soups and ‘Veg Pots’. Unfortunately, I have seen someone boiling pasta in the microwave and every now and then there are ready meals for lunch but I have never spotted one of those really nasty fast food meals.

When Keren realised how much I am into food, she asked me if I would like to cook lunch for the team. We set up:

Special people deserve special food. The first thing I realised at Top Left Design is that everyone is very friendly and ambitious. The team is working really hard to meet deadlines and they are quite perfectionists. In fact the work so hard that they often eat at their desks to save time. Unfortunately, this isn’t very healthy. Therefore, Keren invented “Make My Lunch” (MML) in 2010. MML is when the team cooks a healthy meel. Since I am very much into food, Keren asked me to prepare a “Diana Lunch” for the TLD team. 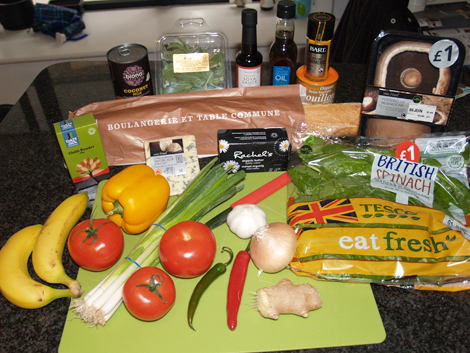 Wow, how much pressure can you put on an intern’s shoulders?!

I do trust my cooking skill but I knew, I had to come up with something really good. As I sometimes try out new recipes with friends and family, I thought about dishes that had been classified as “delicious”. It didn’t take me long to set an “amuse-gueule”:

This soup was brought to me by Oliver Beisert from the organic vegetarian restaurant “Vegetaria”. The  soup is traditionally served as a free amuse-gueule for every guest. During the time I worked there and ever since I’ve been serving it to my guest, I have never heard any bad word about it. In fact, everyone is totally into the unusual taste.
Once I put in the coconut milk, Keren realized I had started to cook “It smells amazing” and it’s true, it does smell amazing. Coconut milk can often make a dish: it smells sooo good and it tastes yummy!

The spinach with a taste of India. Spinach is low in Saturated Fat, and very low in Cholesterol. It is also a good source of Niacin (vitamin B3) and Zinc, and a very good source of dietary Fiber. It is green and it contains iron – ok maybe not enough to make you Popeye-like but still.

The Indian flavour comes from the ginger-chili paste that is freshly added (be careful here!) 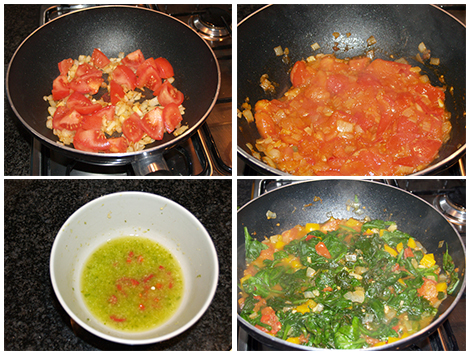 The portobello mushroom can be a snack on its own. It’s important to make sure to have big mushrooms so they can be easily filled. The filling is a sage butter and mature blue Stilton cheese (even if you don’t like blue cheese -like me- just wait until you have tried it!)

When the soup was finally ready, I could feel the relief in everyone’s chest (the smell was teasing and at Top Left Design people are always craving for good food). As the soup needs to be blended (it does make a huge difference!) I used the little smoothie blender. Unfortunately, it was not big enough to blend everything in one go. After serving the first round, the lid of the blender was stuck and not even Kevin and Aric were strong enough. Maybe the boys got too excited after Tamlyn burst out “That is divine!” Only when Nichaela tried (after having her soup obviously), she could open it. 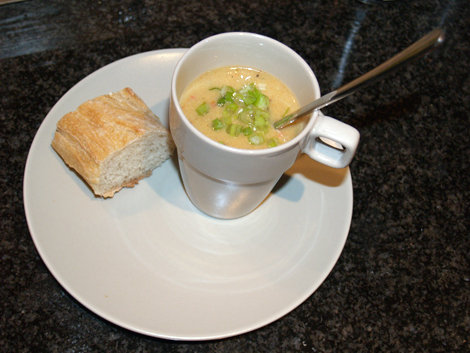 As “Make My Lunch” is meant to be a team building event, we wanted to enjoy the main course together. Also, Taz Hossain popped in for a meeting and I was really happy that I had a spared mushroom! 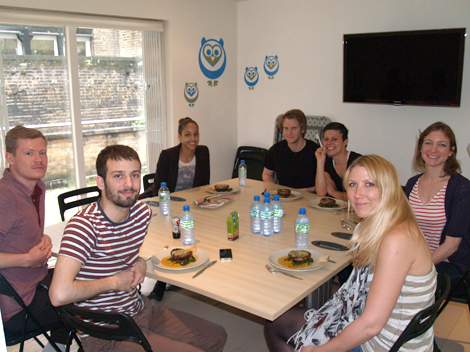 It was a bit tricky to have them ready at the same time and I had never prepared such a big amount, thus I wasn’t sure about the spices but no one complaint. In fact, they quite seem to like it!

The best compliment I got came from charming Keren: “I neither like mushrooms nor blue cheese but this combination is actually really tasty!” 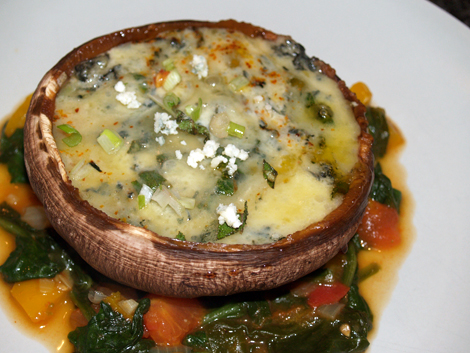 The team was so overwhelmed by the Thai Chili-Banana soup that they all couldn’t wait and wanted to try it at home. If you feel like trying it, feel free and pass it on.

Everyone seemed to be quite happy after lunch and then Keren made us even happier: 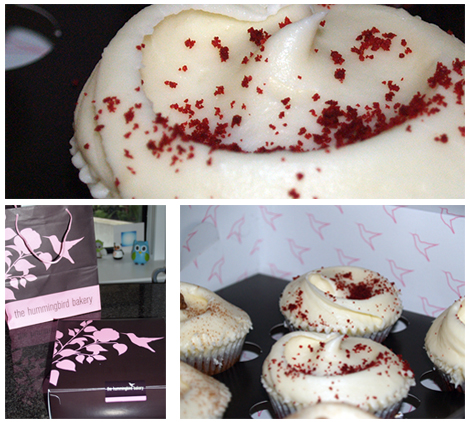 Happiness made by Top Left Design (and great food)!!