I just got back from Bulgaria where I went to run a seminar. My brother, Yariv Lerner, runs the NuBoyana film studios in Sofia, Bulgaria – and he asked me to speak to an esteemed audience over there.
So on Friday morning (13th) I flew to Sofia, accompanied by my husband Anders. Valentine’s Day weekend meant I wouldn’t be going without him!
Friday evening I met up with my brother for last minute plans. I didn’t know until then before how many people would be coming. I found out that the audience would be 50+ people and would include huge variety  “journalists, government officials, NGOs, PR people, filmmakers and yoga people”.

Wehad a pretty cool venue – “Studio 2” at Nu Boyana. There was a with a film crew, sound people and lighting people, to me a huge production (but not really for NuBoyana people). When I counted it was 59 people in the room. It was Valentines Day, and Anders kindly came along to support me at the event, helped out and even worked as crew – including bringing the microphone to people who were sharing their headline/content planning ideas.
Anders went up and took this really cool birds eye view shots of the room: 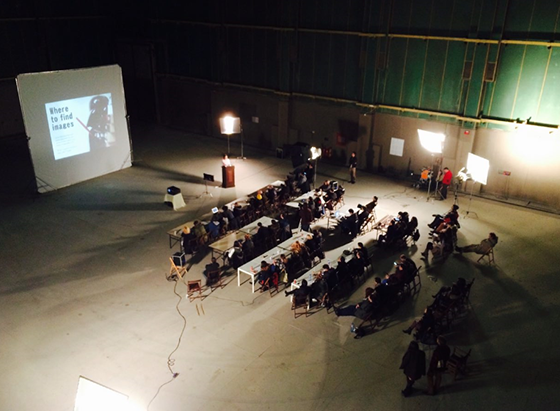 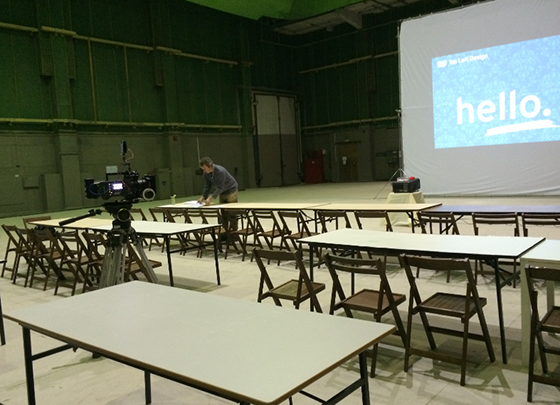 Some tweets from the event

Just when ordinary people are getting drunk in love or whatever, I’m working om my blogging skills with @topleftdesign #StandOutContent
— ana dinkova (@AnaGaDinkova) February 14, 2015

@topleftdesign Thank you for sharing your #marketing #insights with us, Keren! Would love to keep in touch! #standoutcontent — Zornitsa Meshkova (@ZoriMeshkova) February 14, 2015

Sunday the 15th Keren and Anders went skiing with Tony and Vesse
Though NuBoyana, Anders and I were lucky to have made two new Bulgarian friends (Tony and Vesse), and the next day, Sunday morning, they took us for a day skiing in Bansco. 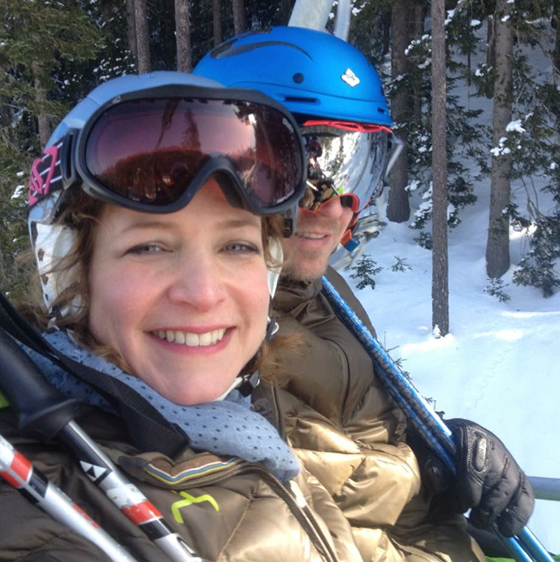 At the ski place, there was this frame thing where people can take pictures and you can climb up to be inside the frame – it was slippery so Anders had to help me up. Though he was able to do acrobarics without any fear when he was doing his own poses. 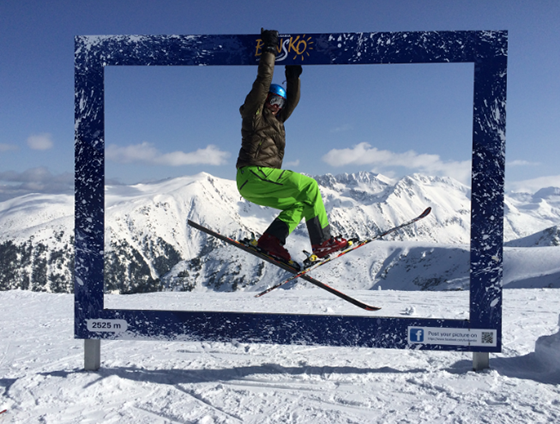 f you ever go to Bulgaria, let me know, maybe we can arrange a toour of NuBoyana studios. And make sure you have a “Shopska Salad” – it’s yummy with tomatoes, cucumber and fresh grated Bulgarian cheese. I always have this when I go to Bulgaria! 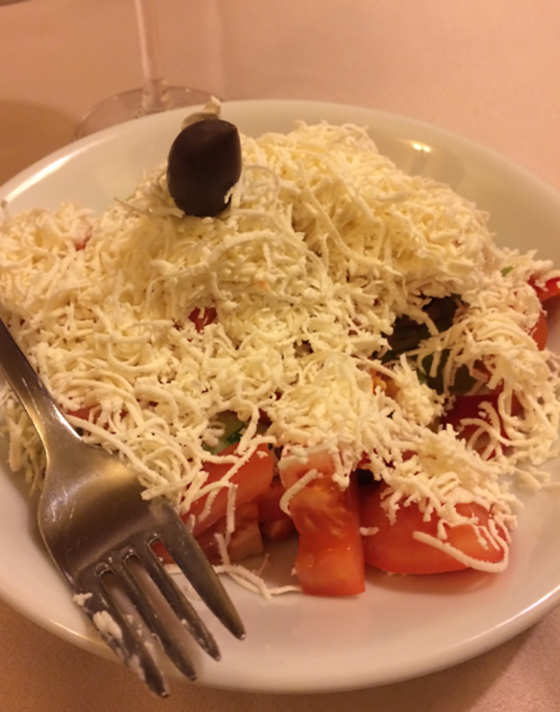