I wanted to update you on the inspiring story of our client, Jonathan Andrews, who I consider a friend and who is amazing to work with.
Jonathan came to us originally for the design of a report cover for his first report, released last year – “How to Create Remarkable Partnerships Between Charities and Companies”
At the time his business was called JA Fundraising, and his website was JAFundraising.com. His report, however, was called “Remarkable Partnerships”. He asked during one of our planning meetings, to discuss the cover design, should I call my company that? I said, “lets see. JA Fundraising or Remarkable Partnerships – which is better? Let’s ask the next million people who pass by outside which one they prefer!”
An so it came to pass that we ended up renaming his business to be called Remarkable Partnerships.
This involved a new logo design, new domain name, and updating his site with the new logo. We also designed a slider image and mini form on his website which allowed people to download his new report. You can see an article about that report here.

Due to the success of his first report, he has been talking to, and starting to work with, some of the UK’s leading charities. In November, he ran a big event in Scotland called “Game Changing Corporate Fundraising Masterclass” with Alan Clayton and Ken Burnett – other well known people who work in the charity sector.

Here is a video Jonathan released before that event. 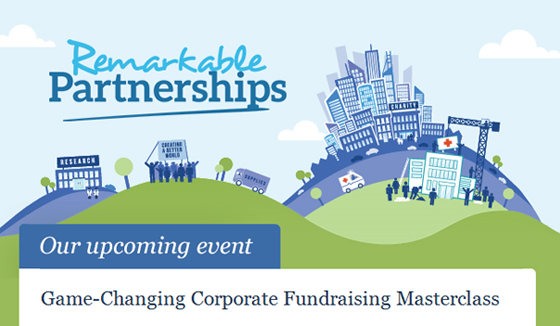 This year, we started working on his new report – “Inspiring World Partnerships” and his newly designed website. Below is a picture of him with Tamlyn as the new report was delivered.

You can see his report on his website or by clicking on this link:
We “soft launched” his new site with 3 pages, in time for a big held a big event attended by many of the top charities, here in London on the 3rd of March 2015. 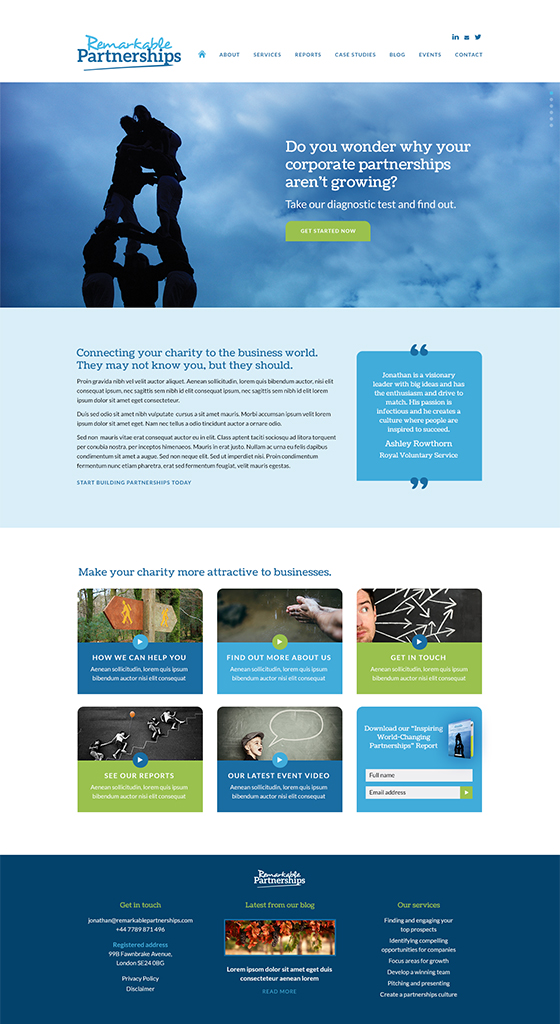 His speakers were Saira Khan (she is an entrepreneur and tv personality, and was on The Apprentice), and Ben Swart, the head of new business at the RSPCC.

A picture of Jonathan with another wonderful client and person, Wendy from Snowbizz. 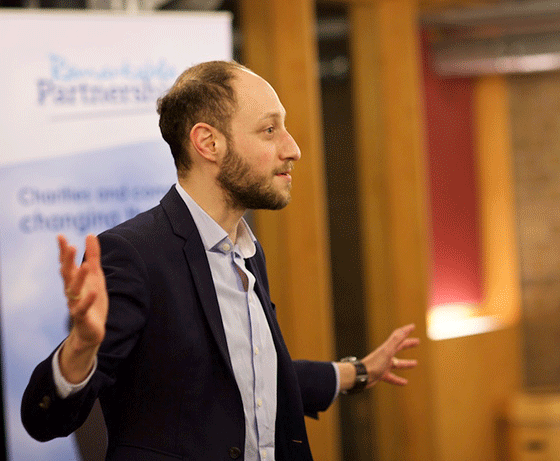 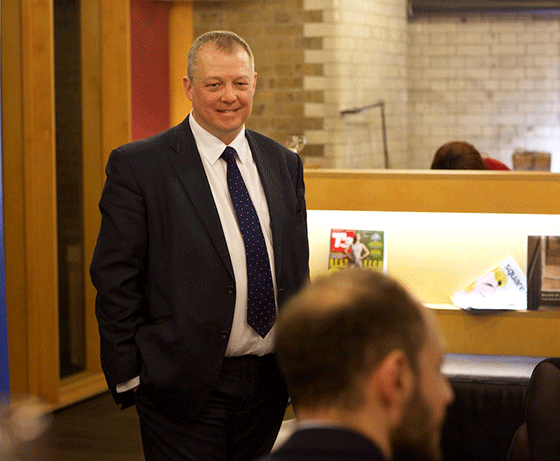 Where it all began

Jonathan and I met on the Key Person of Influence course – and were part of the same accountability group – the KPI Unicorns. Here are some earlier tweets from this time!

Here is what I am showing my group at #BNIMayfair – the report we designed for @partnershipsHQ #showandtell pic.twitter.com/Shwv641PWm