I met Stuart Peel ( @JedLomax) on Twitter), around 2 years ago, and we have been talking ever since. Even though we have never met in real life, we are friends. Yes, it’s possible! We are also now connected on Facebook. We originally spoke about his blog and then I read his book – “Designer Devil” while travelling on the plane back from Singapore last year, and it was awesome.
But I am always interested in the business side of social media, as some people still are sceptical. I can say to people “I made a new friend” on Twitter but really people want to know “is it worth my time”. So I asked Stuart to tell his story. 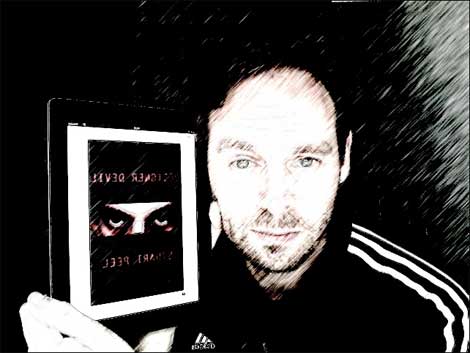 Here are a few thoughts about how Twitter helped me promote my book.

When I finished my first book ‘Designer Devil’, because I was publishing on Kindle I knew I needed to promote it myself. Outside of a few friends and family I realised that for it to reach any audience at all I needed to find a way to bring it to the attention of a larger group. Twitter was the best option for me as I didn’t have contacts that would help with this. When I first started promoting DD I had about 40 followers, as of this morning the figure is 2743.

At first I began by just adding a link to my Amazon page, tweeting it and hoping for the best. But I soon realised that this wasn’t enough so I followed a lot of writers who were doing the same as me, and most followed back. This immediately gave me more reach as I found out to my delight that fellow writers will often re-tweet your promotions thus gaining you loads more exposure and lots of new followers. This process is a snowball effect, as the more people you interact with the more see your promotions. After a while I found that writers followed me, and I was glad to repay the favour.

Certain people have been particularly helpful in supporting, advising and promoting my writing. One of those Keren has been you. You started off by giving me some tips on improving my blog and then helped me promote DD and the follow up Jed Lomax. You’ve also been very nice about the actual writing itself. I really appreciate it.

But in summary, thanks to Twitter, my two books have reached an audience all over the world. Copies have been sold in the USA, Australia, Spain, Germany and of course many in the UK. Without Twitter I expect that only a few family and friends would have seen it, but as it stands thousands of copies of my work are sitting on Kindles all over the world, and given my total lack of contacts in the business, this was only possible with social networking.