Written by Annemarie Meyers
As a curious and passionate design student, with an itch for traveling and learning about new cultures, working and living abroad has always been a dream of mine. I am so thankful that with the help of Top Left Design, I’ve been able to make this a reality.

In just these past few weeks, I have already learned so much as an intern at TLD. Going into this summer, I knew that I wanted to push myself to take advantage of all opportunities that came my way, especially when it came to learning about the design industry in an international context.

A Golden Find on Eventbrite

In my first few weeks here, I have quickly become a loyal member of Eventbrite and spend excessive hours searching through the countless events going on in London. As I was looking one day, I came across an event titled “Inclusive Storytelling in the Age of Global Drama.” The event was being held at Pentagram, the world’s largest independent design consultancy. It has been my dream to work at Pentagram for a long time now, and there was no way I was going to turn down an opportunity to take part in an event at their studio. American screenwriter, Anna Winger, who wrote the series Deutschland 83, was coming to give the presentation.  While not directly related to communication design, her talk was supposed to cover ideas of visual storytelling and inclusivity, that are just as relevant to my industry as they are in film. 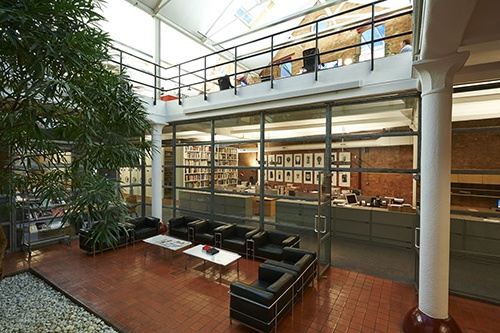 The experience of being inside the Pentagram studio, meeting some of their graphic designers, and sitting next to one of their partners, Marina Willer, was in and of itself worthwhile. However, it was the words of Anna Winger that left me feeling most inspired as I walked out of the studio. Anna covered many topics during her talk including screenwriting for a global audience, the process of screenwriting in the TV industry, the art of retelling history in a TV show, and finally, the lack of inclusivity and diversity in the industry. The entire talk was captivating, but I was particularly interested in the last topic, diversity and inclusivity in the film industry. 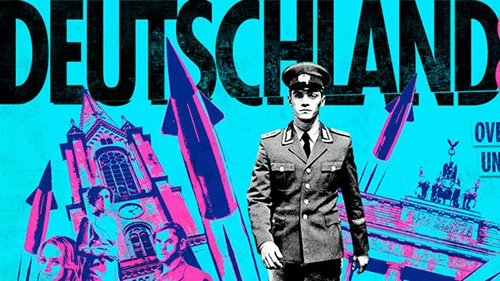 Anna Winger is the screenwriter for the acclaimed TV series, Deutschland 83.

A Lack of Diversity in the TV Industry

As a creative and a history nerd, hearing about the creative process of writing Deutschland 83 was intriguing. Winger has an incredible skill for being able to tell a highly entertaining fictional story along an accurate historical timeline. She is metaphorical in her writing, and finds the points in history that audiences will find most relevant and comparable to today. However, throughout the presentation, it was Winger’s opinions on inclusivity in the workplace that had me most on the edge of my seat. Winger said that the first thing she noticed when she became a screenwriter several years ago was the lack of diversity behind the scenes of television. There are very little women and people of color who are working as producers, directors, screenwriters, and other high positions in the industry. The ratio between the type of people creating the TV shows, and those watching them is completely amiss. She discussed times where large decisions were being made about the show and the characters, but she was the only woman in a room of white middle-aged men helping make these large decisions. In Winger’s opinion, having a diverse crew of people working on a TV show will make only make it more rich and accurate.  Different backgrounds and cultures bring different perspectives and ideas that improve the storytelling process.
A major controversy she discussed is the idea of quotas. Many will argue that quotas should not be used because you should hire someone based on the fact of whether they’re best for the job; not on their race or gender. Winger’s counter-argument to this is how can someone be best for the job if they’ve never been given the opportunity for previous job experience. Also, there’s the issue of perspective. For example, how can you tell the story of a young black women finding her place in a new city if you have no women or person of color on your team? What are your opinions on the idea of quotas in the TV industry? 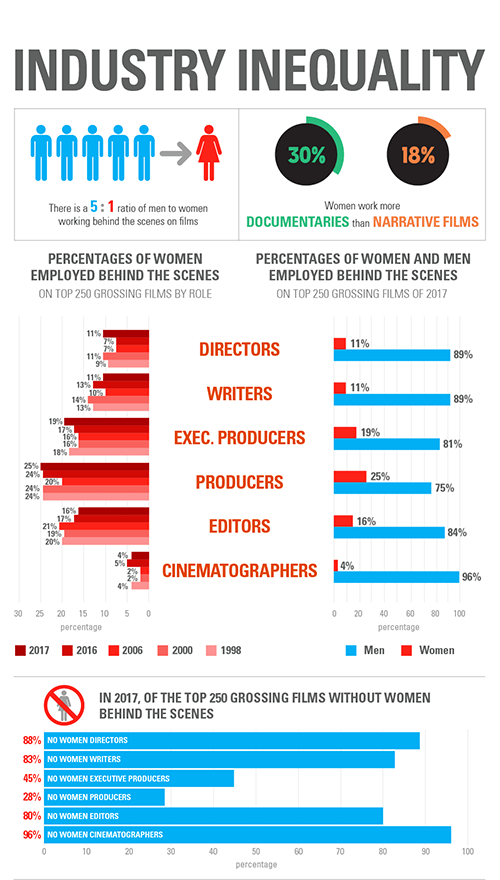 This infographic created by the New York Film Academy confirms the statistics of inequality in the film industry.

Anna Winger is an inspiration as a powerful woman who sees the issues within her industry and fights to make it more inclusive. She is not afraid to speak her mind, she has created one of the most successful international dramas to date, and she is an admirable creative. Listening to this talk led me to think about my own aspirations and dreams as a woman designer, and the setbacks within my own industry. While I will argue that there is slightly more inclusivity within the design industry, Design Week posted an article just last year that said “The UK design industry employs over 50% more people than it did six years ago but is still 90% white and nearly 60% male, according to the latest Government figures.” I aspire to be like Anna and help represent the powerful women in my own industry, as well as possibly owning my own design agency. Throughout the rest of my time in London, I am determined to continue attending as many design events like this as I can, to learn more about inclusivity and diversity in the design industry, and to keep pushing myself creatively in order to reach those goals. I am also so lucky to spend the next two months continuing my work at Top Left Design, a woman-owned company, learning from the best about design, and also about what it takes to run your own business and be a woman entrepreneur.