I meet all sorts of nice people on Twitter and this guy, Daniel, caught my eye. I had a look at his profile and noticed he works at an e-commerce platform which looked pretty interesting! So I thought, lets find out some more about this man, and who he is. He turned out to be even more interesting! Enjoy the interview!

Who are you and what do you do?

My name is Daniel E. Agee. I always include my middle initial — it stands for Eugene — since some other Daniel Agee registered danielagee.com before me (the jerk). Ever since then, I’ve had to include my initial in all of my online usernames.

I help hold down the Customer Support Fort at Big Cartel, an independent shopping cart for artists. We’re a small but mighty team of 18, so it’s also not uncommon for any of us to end up doing something else. 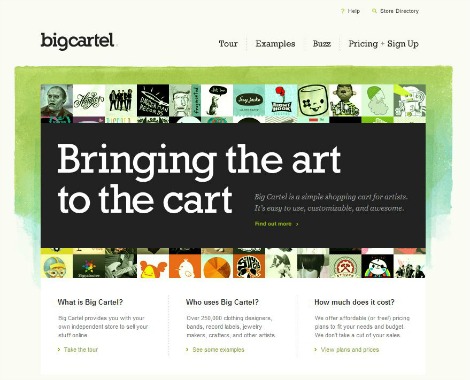 Where did you work before?

Before I lucked out and got a job at Big Cartel, I was sort of an internet jack-of-all-trades. I spent the three years before Big Cartel as a freelancer of all sorts. Mostly web design and community management for small businesses.

Somewhere in there, I was a senior project manager for a design firm in Austin, Texas and a studio manager for a photography studio in Washington DC. Oh, and a wedding photographer before that.
Like I said, a little bit of everything.

I had a dream growing up of road tripping across America. I loved the open road, new places, and new friends.

In the summer of 2009, I took a 10,000 mile road trip across America. I sold prints of photos for $100 to afford food and gas. I slept in my car and on stranger’s couches that I met on Twitter and Couchsurfing.com. Spent three months on the road and ended up breaking even, selling 42 prints. Seven of the prints were to people I knew. The other 35 were to friends or strangers on Twitter.

Tell me about Big Cartel the software

Big Cartel is the simplest way to set up a shop online to sell your goods. We’re spending our time on helping artists making money doing what they love. It’s simple, well-thought out, and focused. We do one thing well and leave everything else to different platforms. (https://bigcartel.com/tour)
We have four tiers that include certain features, starting with our free Gold plan and ending with our $29.99/month plan.

What about the company? Who do you work with, what are they like? What’s the office like?

Big Cartel is the best team I’ve ever worked with, hands down. We’re a partly remote company with nine of us spread across America. The other nine of us work out of our offices that were opened last year in Salt Lake City, Utah.

On staff, we have musicians, painters, photographers, a cartoonist, writers, and makers. We make because we don’t know any other way. One of my favorite things that Big Cartel does is something called the Employee Art Grant. They grant us $2,000 a year to make whatever we have a desire to create.

This year, I’ve been chasing the one that got away and rediscovering my love of photography.

We have a yearly meet up where everyone gets flown into Salt Lake City for some face time. This year, we created our own conference: IndieFest. It was easily the most inspiring four days I’ve experienced. 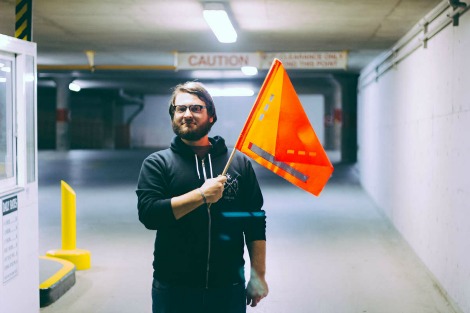 Did the company start with investment or was it self funded by the founders? Who are they?

Big Cartel is, and will always be, a self-funded company. We’ve never taken outside investment. We have complete financial and creative freedom to do anything.

Our two founders, Matt and Eric, started a company called Indie Labs back in 2004. Matt was frustrated there was no easy way to sell his band’s mercy online and did something about it. Eric came on board shortly after. In 2005, Big Cartel was launched under a different name. 2006, it became Big Cartel. In 2007, they quit their day jobs to work on Big Cartel full-time.

Fast forward six years, and we’ve just brought on our 18th member (and we’re hiring!). We’re now home to over 400,000 stores and show no signs of slowing down.

What are the three main differences between Big Cartel and Shopify? Am I right in guessing that’s the nearest competitor?

The internet is a huge place and there are multiple ways to sell products on the internet. Shopify, Etsy, Squarespace, Storenvy, Goodsie, BigCommerce, 3dCart, Volusion, and the list goes on and on.

Everyone offers different services and features. The reason I adored Big Cartel, even before working there, is their focus on the artist. We don’t take any percentage of the sale. We will never have to compromise ourselves on behalf of investors. We only make decisions based on what’s best for our customers, not what VC’s think.

What would you like to improve about Big Cartel?

We recently just reworked our on boarding for new stores. One of our designers and I, separately, came to the conclusion that our welcome messages wasn’t nearly as lovable as they should’ve been. We both pitched the same idea within a few days. The next week, we were on a Skype call planning out the project. A month later, we released a new welcome screen and a new welcome email. (They’re awesome enough that I’d suggest going and signing up for a free store just to see them.)

Since we’re such a small knit team, all of our ideas get heard. If they’re good ideas, they get put into development. So everything I’d like to improve about Big Cartel is already in the works. The coming months are gunna be great, promise.

What’s your next big goal?

Professionally, we have some awesome stuff in the works that I’m over the moon excited for everyone to see. We just released some great Field Guides for business owners to get the most out of their stores. We also just introduced Seamless Checkout with Stripe. Stripe processing has been incredible in the US for the past few years and they just announced support for the UK. There’s so much more going on, but can’t really tell much more than that. Seriously though – all sorts of excited butterflies about it.