When I met Stuart and heard his story, I had to try his peanut butter. Luckily he had brought a jar with him to that BNI breakfast meeting! So I bought it off him.
Can you believe it, I have since met up with him twice to get 2 dozen jars, and given them to friends and family. People call it “Peanut Butter Crack”
I was interested by the story to begin with, and I promise you this peanut butter is AMAZING. Below – my interview with Stuart.

Who are you and what is your business?

I’m Stu. My business is ManíLife Peanut Butter. An absolutely f*cking delicious peanut butter brand that was inspired by a 10 month stint working for a peanut butter social enterprise in Argentina. 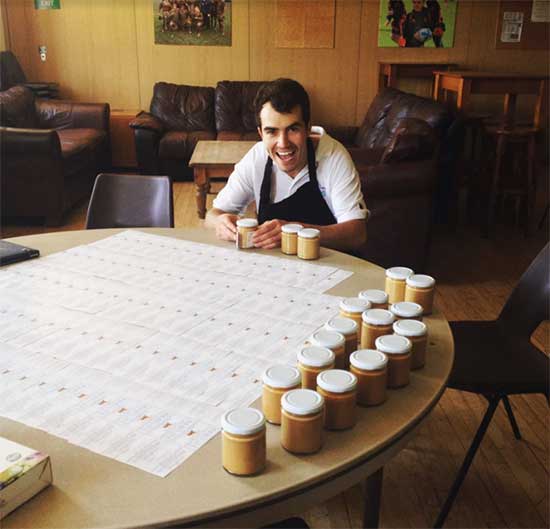 Tell me 5 unique things about your peanut butter.

What have you achieved so far with ManíLife and in how long?

So I have a lot of internal conflict over when ManíLife officially started.
The first concoction that would one day be ManíLife (it was called Stu’s….)was made c. March 2015 wiith a vitamix in my buddy Ant Acomazzo’s (smartest man I know) kitchen in Buenos Aires with a friend of mine Charlie Stephens (the most American Man I know).
The first, true jar of ManíLIfe, was made (also in a vitamix) c. June 2015 but that Summer was spent kitchen hopping round London, burning out blenders making about 100 jars a time. We then went on a break for about 9 months, whilst I tossed and turned in an accountancy job looking for better production until returning with essentially just a bigger blender in May 2016.
I’m officially leaving my job as an accountant in two days so part of me thinks we officially start next week…!

But in that time we have:

Where do you want to take your brand next?

This sounds like such a cliché but we want to educate and inspire:
Educate – we want to use peanut butter to get people eating better – that’s why we focus so much on recipes. I want to work with schools and communities and educate people on the benefits of this stuff. School’s is a tough one because of fears of allergies – this is an absolute pet hate as this allergy ‘crisis’ has been driven by uneducated policy – we’ve been told not to eat peanuts when we’re pregnant, not expose our children to peanut butter before their 2nd birthday – this is madness and it’s a kind of self fulfilling prophecy.
Inspire – This is perhaps a bit more far fetch’d but I want to inspire a more positive attitude and bring this Argentine idea of Buena Onda to the UK. That’s what Maníbabe Mondays is all about – inspirational people doing amazing things. We will never say anything negative on any platform and if you come to a ManíBabe sampling session they are genuinely f•cking fun!
In terms of products – there’s only so much you can do with Jarred peanut butter – obviously I can think of a lot but the sad reality is that if you want to impact peoples diets you have to do it at the till display My dream is to help transform this till display from the sugary shite that sits there now to a range of ManíLife inspired snacks, that are not only more nutritious but a lot more delicious as well. 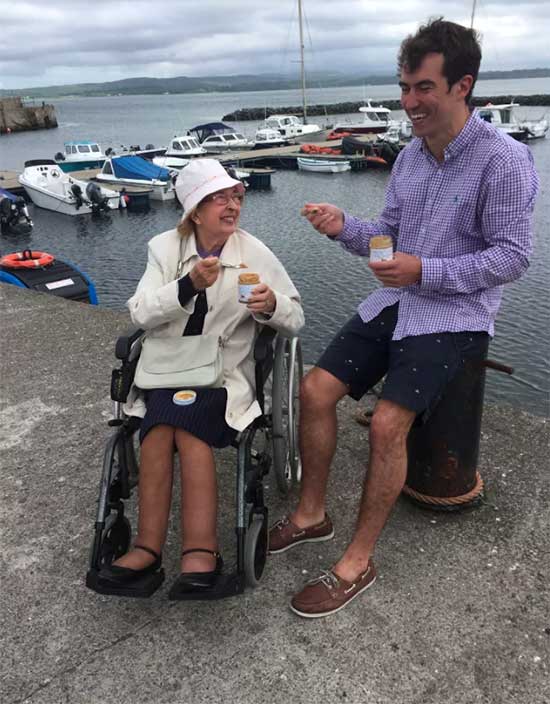 If you got a windfall investment what would you spend it on?

A team, a PA, The ManíVan, a machine to accelerate the launch of ManíLife snacks, storage (the ManíBike is currently stored in a very generous and very patient friend’s driveway), A collapsible and moveable ManíLife power pot bar that can tour schools, offices, festivals… maybe two of those! A return flight to Argentina to revisit the soup kitchens and farms we worked with along with a few friends…! A video team that can follow the ManíBabes to each sampling session and film peoples’ reactions to ManíLife along with a Maníllife Vs X montage to show just how much, peanut butter isn’t just peanut butter.

What do people say about it?

I have a file in my inbox which is “Fans” – there’s a few hundred messages in there (which isn’t bad considering we’ve’ probably only sold about 7000 jars..
The things that stick out from memory are:
“Holy sh*t, I didn’t realise peanut butter could taste like this”
“Does it really not have any sugar?”
“I usually hate peanut butter, genuinely hate it, but I love this”
“Wow”
“The perfect mix of creamy and crunchy”
A few actual examples are below:
Cathy Beaumont – My husband enjoys it so much and he has never liked peanut butter!
Jaye & Rosie – just to illustrate HOW addicted we are at home, i have to name the jars, as we initially started squabbling over who had had most and who finished it:
Sarah Fong – It’s the greatest peanut butter I’ve ever eaten. In my life. Ever.
Lynda Morgan – I have just received my first delivery of your peanut butter, and all I can say is ‘Wow!’. I can’t stop eating it …
Ammenah…” And to cut a long story short I had to check my pulse because I thought I’d died and gone to heaven!! Seriously, it’s so creamy!”