It was a shock for me to to wake up to the news today, of the Brexit decision.
Living and working in London, most of the people I have been talking to about this topic have been firmly in the “Remain” camp. I was always 100% sure where I stood on this, and yesterday marched to the polling station to vote with conviction.

Like any relationship, if there are issues, then let’s work them out, why separate?
Back in 2014 when there was the question of Scotland leaving the UK,  I was very pleased with that referendum result.
It went “my way” then, and today, I honestly thought I would wake up to good news and a feeling of relief!

Instead I woke up to the shock news, the UK majority voted “Leave”.

I was slightly reassured that London has been resoundingly “Remain”. However, the rest of the country has a whole different point of view. And London can’t separate itself from the rest of the country.
I don’t claim to be politically knowledgeable, I see it as simple “I like my European friends” and “I like the fact we can go there and they can come here”. By posting this, I know I open myself to some random person I know, probably privately messaging me with some argument in favour of this decision. And I’ll read those with interest, hoping for something positive to come out of this.

Social media is of course buzzing and I am learning a lot. In fact, this whole post was actually inspired by this tweet exchange:

It’s as if the youth of the country who were happily playing football with the neighbours have been ordered home by baby boomer parents.

And here are some of the responses it started: 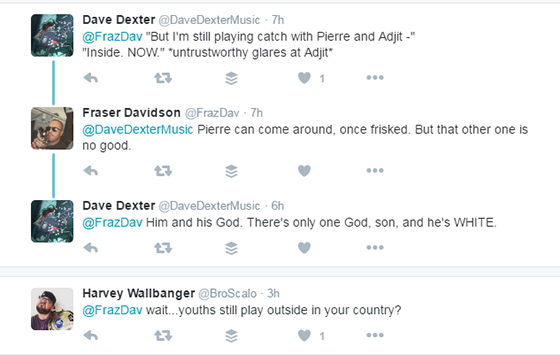 And THEN, amazingly, (because I retweeted his original sentiment) Fraser tweeted me with this: 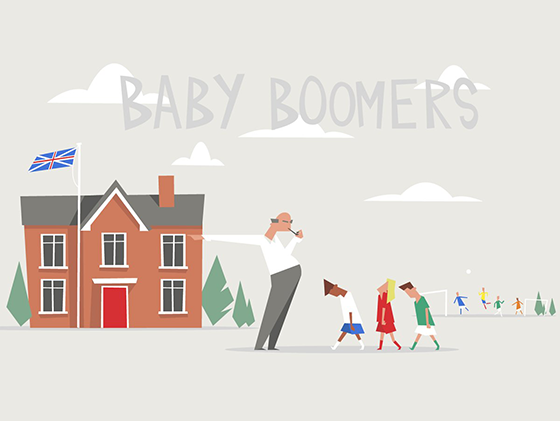 Well, I was impressed with Fraser’s quick illustration skills! He’d made this illustration so fast! Now that’s “time sensitive quickly created content” – made by Fraser – he said inspired by “RAGE”. I was impressed that Fraser doesn’t see it as an issue to create and publish on the fly, I am always in support of this!
So, I tweeted him asking if I could use this in a blog post, and got his permission before sharing this post!

There is now talk about other countries in Europe jumping off the boat too – well summarised by my friend James Eder who put this on Facebook:

And today has been a big learning day – we’re all searching for information for what this means to us!
This tweet links to a great little article aimed at kids – but actually explains it very well for us non-kids too!

No one likes uncertainty

Now Cameron has understandably resigned. I know I’m not alone in wanting the country to have a leader who can guide us through this transition. But who would be the right person for this? We haven’t got any suitable contenders – just uncertainty. I learned today there are some big challenges on the cards for us.

No going back now, right?

I wonder if the people who voted “Leave” are regretting their decision, kind of like in the movies when the unhinged person pulls the trigger, then realises what they have just done, but it’s too late!
Surely, when people see things like this they must feel this way?

Someone today pointed out to me that these results highlight that there MUST be heavy dissatisfaction with the way things have been. I suspect we are in for a long and tough ride, and I am still hoping that we won’t plunge into World War 3, or suffer another recession, or have to go through a “divorce” from Scotland, or allow our country to be taken over by fanatical extremist politicians.

Leaps out of plane
Ignoring calls to Remain
Half way down Googles
"How hard is the ground"#WriteAPoemAboutBrexit pic.twitter.com/gB1mzgY0Gu 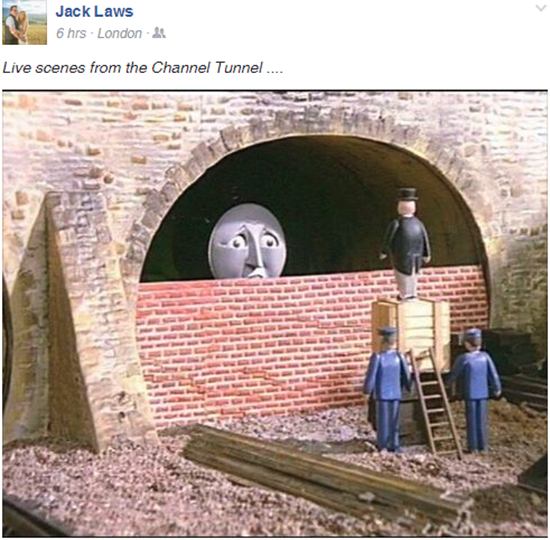 I still want it to be “ok” – so my the last embedded tweet which is one in response to James Cordon’s tweet of condolence. Let’s make the best of this situation, after all, “the British way is to make it work”.

@JKCorden the British way is to make it work. But agree, a shocking result. 🙁